Cover It Up at the BAFTAs

Preferred Drape Supplier of the BAFTAs

London based drapes and soft goods specialist Cover It Up supplied large quantities of colourful drapes to the glamorous after-show party for the 2010 BAFTAs (British Association of Film & Television Awards) staged in London’s Grosvenor House Hotel.
Working for AD Events and designer Amanda Davis Cover It Up’s brief involved two different areas – the grand dinner in the Great Room and the drinks and reception area in the Ballroom Foyer, which was sponsored by Grey Goose vodka.

The Cover It Up team of 12 was project managed by Elliot Stennett. They got-in on the Saturday and had to be ready for the Sunday show, with all the height work being completed by the end of the first day.

The Grey Goose Effect
Glamming it up in a style fitting to the celebrity-clad nature of the event, Cover It Up’s team wrapped the whole ballroom foyer area in 15ft high sumptuous Marine Blue velvet drape, rigged on a pipe-and-drape system, in keeping with Grey Goose’s brand colours. Inside the ballroom itself, they draped the backs of the bars in a perky purple fabric and also highlighted the stage area in the same colour. The cosmetic effect was completed in this space by a full room-wrap in black velvet.

Great Expectations
Downstairs in the Great Room, Cover It Up created cloakroom and reception areas out of Damson coloured velvet cloths, which was also rigged on one of their pipe-and-drape systems, which is a very quick and efficient way of making and cladding areas with nicely hanging drapes.

The room bays were draped to match the walls of the venue, hiding the doors and producing a more harmonious aesthetic around the whole room.

Instead of removing the 8 chandeliers from the Great Room – which is a costly and time consuming exercise – these set pieces were carefully covered in bespoke circular gauze tube hides, which completely transformed their appearance giving the space more contemporary twist. The lights were still visible as they glowed thorough the gauze, adding to the room’s general warmth and ambience.

The chandelier tubes were installed with the help of 2 scissor lifts. In the Jeeves Suite, off to the side of the Great Room, press interview rooms were created from black velvet drape hangs. Cover It Up has worked on many previous occasions for AD Events, most recently on the new Alice In Wonderland movie premier in Leicester Square, which took place the week following the BAFTAs. Here they masked various areas in the Sanderson Hotel for the after-show.

Stennett states, “The BAFTAs is always a challenge as a lot of attention to detail is required. it’s also not a massive space to work in, so careful pre-planning is needed to make it run smoothly – which it did for another year”.

The event was great and the draping looked fab, especially the voile!!

Your team did a great job, they were so helpful and tidy and got it done so quickly! 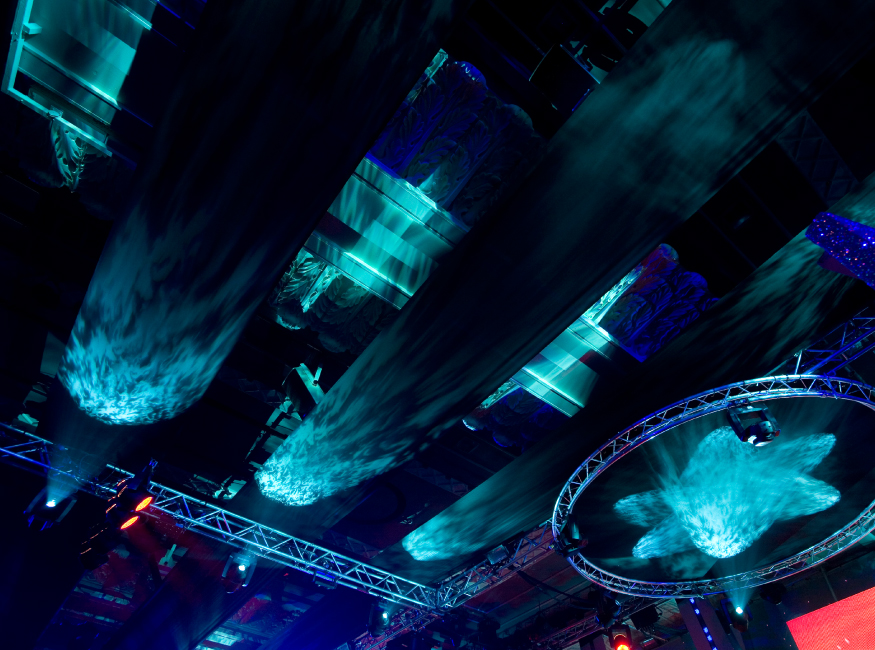 Related projects
Do NOT follow this link or you will be banned from the site!
This website uses cookies to ensure you get the best experience on our site. If you continue to use this website you agree to our use of cookies Find out more.